An artist rendering shows a six-passenger, two-pilot pressurized capsule in a near-space balloon-launched ride that is being designed to fly in Earth’s stratosphere

An artist rendering from World View Enterprises, Inc. released on October 22, 2013, shows a six-passenger, two-pilot pressurized capsule in a near-space balloon-launched ride that is being designed to fly in Earth’s stratosphere, about 19 miles (30 kim) above the planet’s surface. Hoping to cash in on a growing appetite for adventure, an Arizona startup has unveiled plans for a balloon ride to the stratosphere, offering passengers about two hours of space-like views from 19 miles (30 km) above Earth. Privately owned World View, an offshoot of Paragon Space Development Corp., plans to start selling tickets at $75,000 per person within a few months, said Chairwoman and President Jane Poynter. The company expects to begin flight tests of a demonstration vehicle this year in Arizona and could be flying passengers within three years, Poynter said. REUTERS/World View Enterprises, Inc./Handout via Reuters (UNITED STATES – Tags: TRANSPORT TRAVEL SCIENCE TECHNOLOGY) ATTENTION EDITORS – THIS IMAGE WAS PROVIDED BY A THIRD PARTY. FOR EDITORIAL USE ONLY. NOT FOR SALE FOR MARKETING OR ADVERTISING CAMPAIGNS. NO SALES. NO ARCHIVES. THIS PICTURE IS DISTRIBUTED EXACTLY AS RECEIVED BY REUTERS, AS A SERVICE TO CLIENTS

This site uses Akismet to reduce spam. Learn how your comment data is processed. 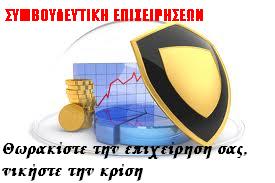